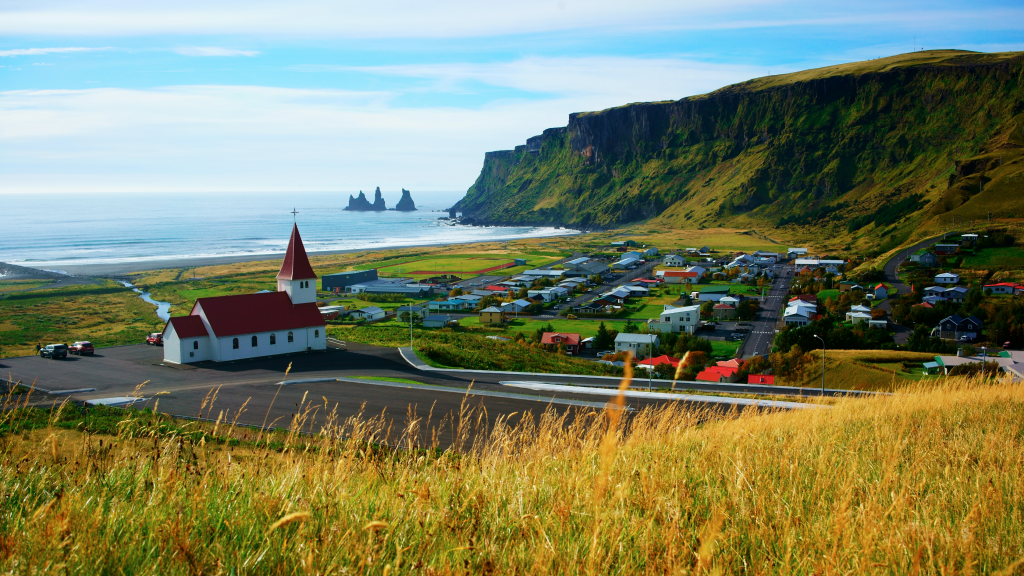 In the context of their Regeneration Plan, which includes the research on ancient travel paths along with the creation of themed trails and other activities related to travel paths and culture, the Kalta UNESCO Global Geopark in Iceland has an ongoing treasure hunt in the village of Vik, the southernmost village of the country.

The game, mainly aimed at children, has three themed treasure hunts: one about the maritime history of the village, another on regional folk legends and one about the local geology. Each themed treasure hunt is presented in a small brochure which people can collect in numerous locations throughout the village. The game revolves around finding answers to questions related to each theme and which provide clues on locations the player needs to visit around the town. Those who finish the hunt can take their answers to the Katla Visitor Centre in Vík and get a medallion for finishing the game.

Originally created for children, adults have also played the game and in most cases whole families engage in the activity. Beyond teaching tourists and locals about the history, folklore and geological heritage of Vik, this action also encourages visitors to spend more time in the village and therefore promotes local businesses. To the moment, participants have surpassed the initial expectations, with over 150 people playing the game.

Considering the success, the game which was released in late June, is planned to be extended for another year and to the two other villages in the geopark. The game is free and is advertised online and on flyers around the village.