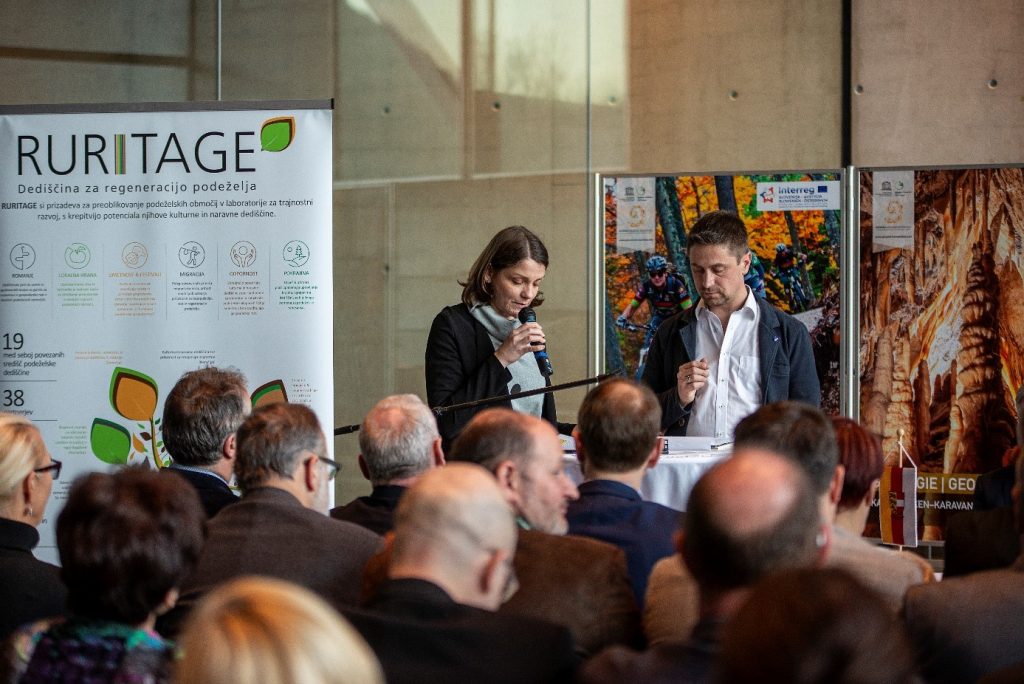 After one year and a half of a co-creation process, where RURITAGE replicators created their regeneration plan, the time has now arrived to launch the implementation phase of these large-scale actions.

The implementation phase of the crossborder Karawanken/Karavanke UNESCO Global Geopark, RURITAGE replicator on pilgrimage System Innovation Area, was recently launched in the RURITAGE local hub in a successful event that involved local community and the media.

After a consultation process with local stakeholders in 2019, the Geopark has now a series of activities to be implemented through RURITAGE project. These involve connecting local attractions on both sides of the border by creating tourist packages composed of local food, cross-border history/culture and nature activities; creating a mobile app to facilitate information access; form a network of local food producers and farmers who produce and sell traditional and sustainable products amongst other activities. This strategy aims to boost local pride and provide a sustainable way of living whilst making the region more accessible to visitors.

Discussions continued in more informal way while local food was served to the sound of the Suha/Neuhaus Oktet, an a capella choir and the Neuhaus/Suha Primary School choir who sang the official Geopark song.