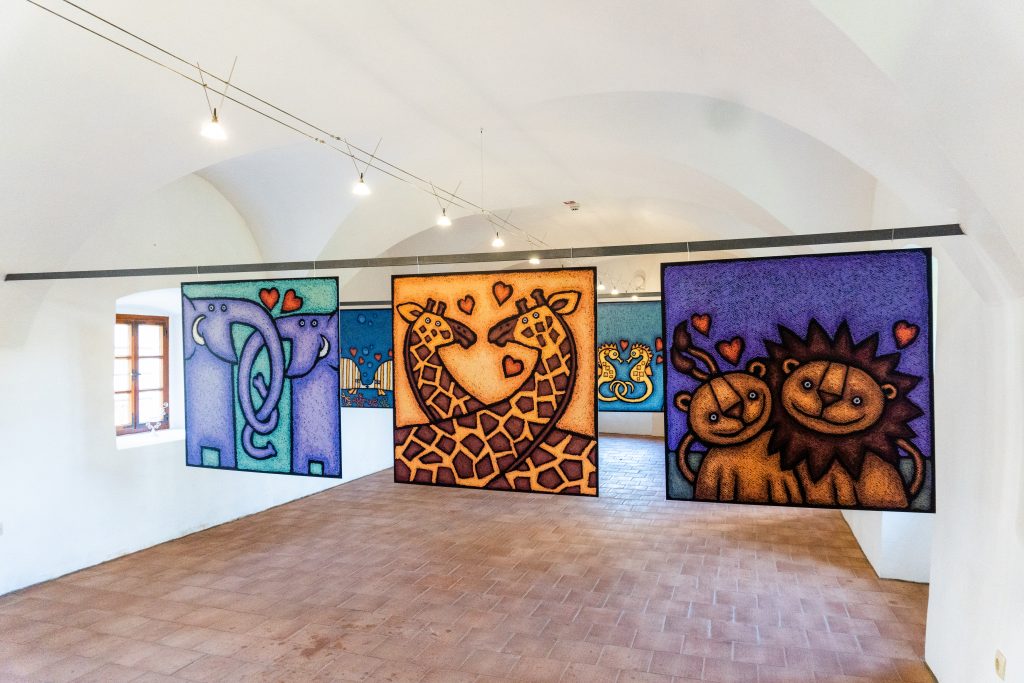 Best known for its wine, spa towns and rural tranquillity, north-eastern Slovenia is a land of medieval towns and soft hills. In one of those hills, surrounded by beeches and oaks, is Negova village and its beautiful XVI century castle, which today is used to host festivals, exhibitions, concerts and other cultural gatherings. Today it doubles as RURITAGE’s Rural Heritage Hub being a reunion space for the local community but aiming at becoming a regional hub that attracts residents from nearby urban areas and nearby towns.

Of all the activities organized at Negova Castle, the Festival of Love, is probably the most significant and well known. Convened since 2010 by local organizations Kibla and KultProtur, the festival was originally conceived as a travelling literary event – but it has expanded to include performative, music, visual and other creative arts. This year, the festival took place over two days in early September, and welcomed around 750 participants. Activities related to the festival are organised throughout the year with themed days such as “The Herb Day”, that attracts plantsman from neighbouring countries, or the “Medieval Day” which highlights the ancient history of the castle. These give form to the concept of transforming the Festival of Love and the Negova Castle into regional cultural hub

The highlight of this year’s festival was the exhibition of Slovenian writer Lila Prap, best known for her humorous children’s picture books published in more than 38 countries, as well as a round table discussion with Slovenian author, Rok Vilčnik.

The festival also had sparkling wine and food-tasting workshops as accompanied by musical performances by local bands.

Although well known, the Festival of Love and the Negova Castle have been facing several challenges over the years, namely the difficulty in establishing themselves as a cultural and artistic hub. This is related not only to the difficult access to the area by rural communities, but also due to a sense of disconnection between the ongoing activities and events that take place at the castle.

Through the RURITAGE project, the region has been able to tackle many of these challenges by enhancing the Negova Castle artistic programmes. This has meant bringing renowned artists – such as Lila Prap – to perform or display their work in the castle. The project partners have also begun stimulating new collaborations and connections between the rural dimension of the arts, and experiences in urban contexts (particularly with the nearest city, Maribor).

To improve entrepreneurial skills of local producers and business, workshops and learning events, including those organised during the Festival of Love, have proven essential. Beyond providing new skills, these workshops demonstrate how local businesses can benefit from the value of their local cultural and natural heritage.