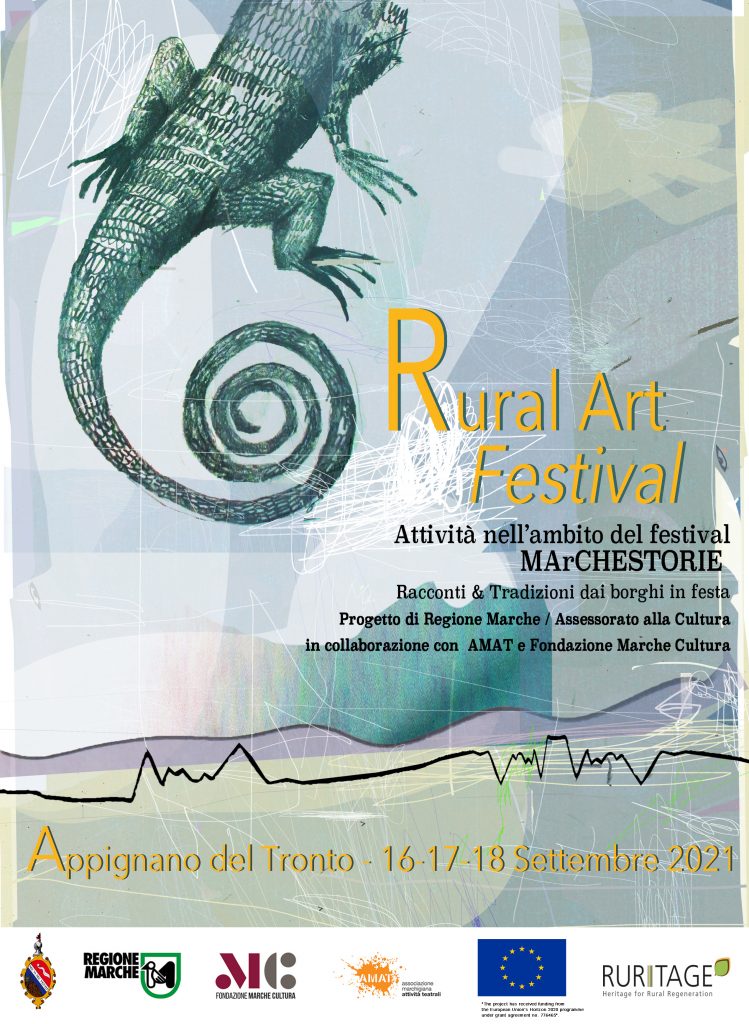 The Rural Art Festival. The Rural Festival was organised by the Municipality of Appignano del Tronto in collaboration with local cultural associations and theatre companies that are local stakeholders of the Ruritage project. Compagnia dei Folli, 7/8 Chili Association and Laboratorio Minimo Teatro, with the support of the Appignano Municipality, co-created the programme of the festival. The programme was focused on the local legend of “Lemanò”, the rural monster of Appignano del Tronto. Starting from this local legend, based on a real fact happened 50 years ago and passed down through generations, the local associations and theatre companies co-designed three open-air events. On the first day, a game and legend-based workshop involved a group of local children. On the second day, the main event of the festival took place. It consisted of three different street performances based on the local legend. The first two used a narrative approach; recorded voices and actors told the story of the monster. The third was a coloured show stitls based. On the third day, a walking tour legend closed the festival.

This is the first edition of the Rural Art Festival of Appignano del Tronto, with the second planned for May 2022. This edition worked as a pilot test for a festival format the municipality would like to organize every year.